Kayaking Elkhorn Slough Is the Best Way to Sea Otters 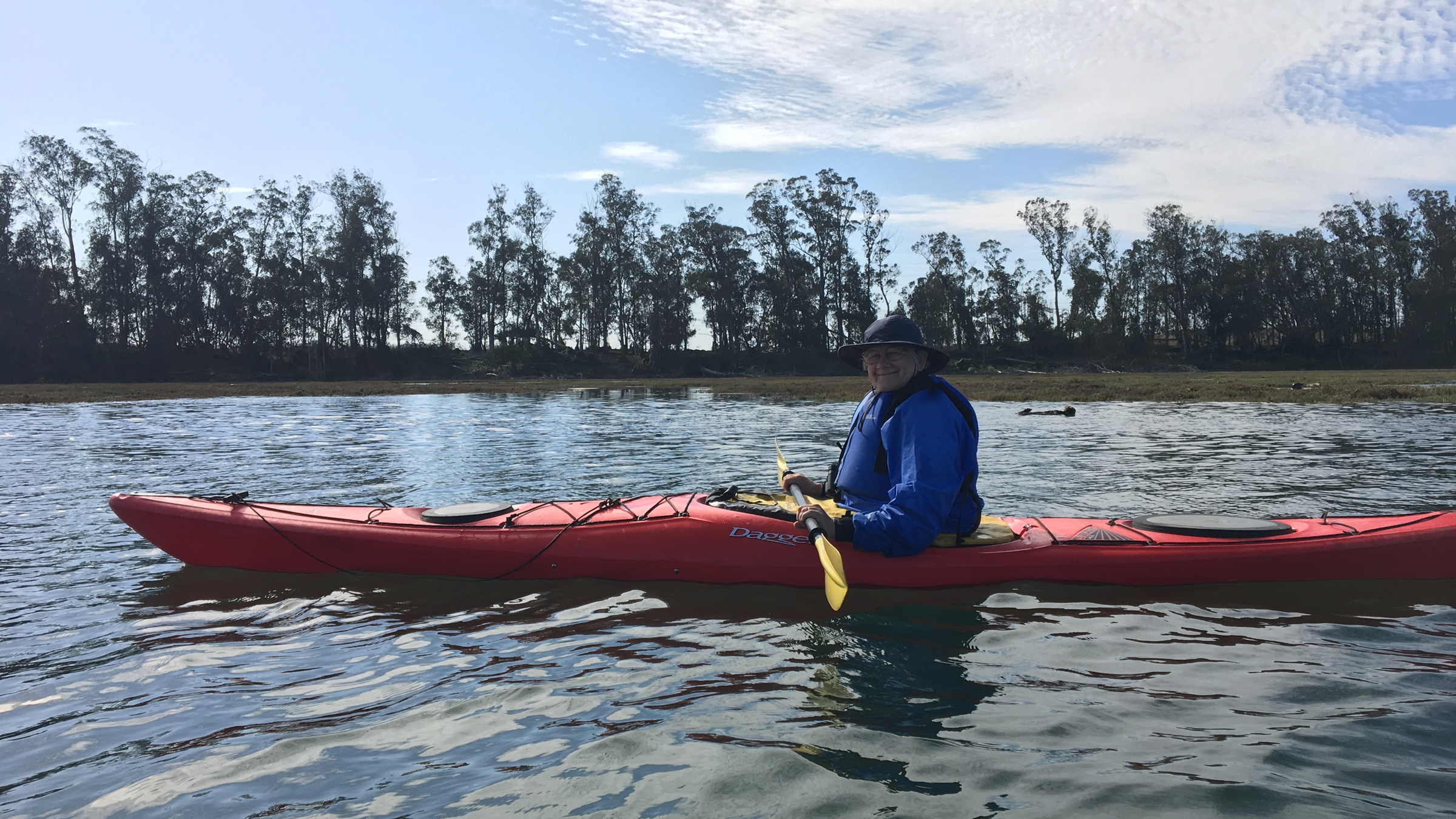 Sea otters might not be the cutest animal on the planet (have you seen pictures of a Siberian flying squirrel??), but they are pretty darn cute. Plus, to keep from floating away from each other when they sleep, they will hold hands. However, the southern sea otter is listed as threatened under the endangered species act according to the IUCN Red List and sea otters in general are endangered. Southern sea otters are primarily found just south of San Francisco to Santa Barbara County, and at Elkhorn Slough, there are over a hundred.

Every time I have gone kayaking along the slough, I have seen sea otters. Because you’re right there in the kayak, you see them up close too. You can watch them floating around on their back, snacking on clams or other shelled critters, and playing in the water. I’ve been told they sometimes try to climb up on a kayak every once in a while too (I’ve never experienced that — you’re also not supposed to let them or get THAT close).

The slough also has other draws like seals, pelicans, jellyfish, and gorgeous views. Here is the need-to-know information for enjoying Elkhorn Slough.

About The Elkhorn Slough

The Elkhorn Slough is a seven-mile tidal slough in the Monerey Bay. Rich in biodiversity, the slough has become a research reserve and has a foundation to conserve and protect it. According to the Elkhorn Slough website, “over 340 species of birds have been identified in and around the slough.” As a wetland, it’s also incredibly important to the environment by acting as a filter for our water, sucking carbon out of the atmosphere, and minimizing flood and storm impacts.

Unless you already have kayaks of your own, I would recommend renting recreational sit-inside kayaks — either singles or doubles. Whenever I’ve gone, we’ve used the company Kayak Connection, which will rent out singles ($40), doubles ($60), or triples ($70) for up to four hours or for full days. The company also leads kayaking tours if you want to learn more about the area and the wildlife.

Things to Think About

Since the slough is tidal, you’ll want to check when the high and low tides are for the day. When the tide is coming in, it will be easier to kayak into the slough and harder to come back out. When it’s going out, it’ll be harder going in and easier coming out.

Having been out on the slough when winds were going up to 20 miles per hour versus going under 5 miles per hour, it makes a huge difference. The wind makes the water more choppy, makes it harder to paddle, blows water from the paddle into your face, and generally makes everything colder. Weather reports will generally give a prediction for winds. In my experience, the winds ramp up later in the morning, so if you can get on the early, you’ll likely have better luck.

Animals to Look Out For

This is in no way a comprehensive list of animals that you can see at Elkhorn Slough, but they are some of my favorites. I’ve seen all of these critters almost every time I’ve been on the Slough.