How to Build Community in New Places as a Traveler 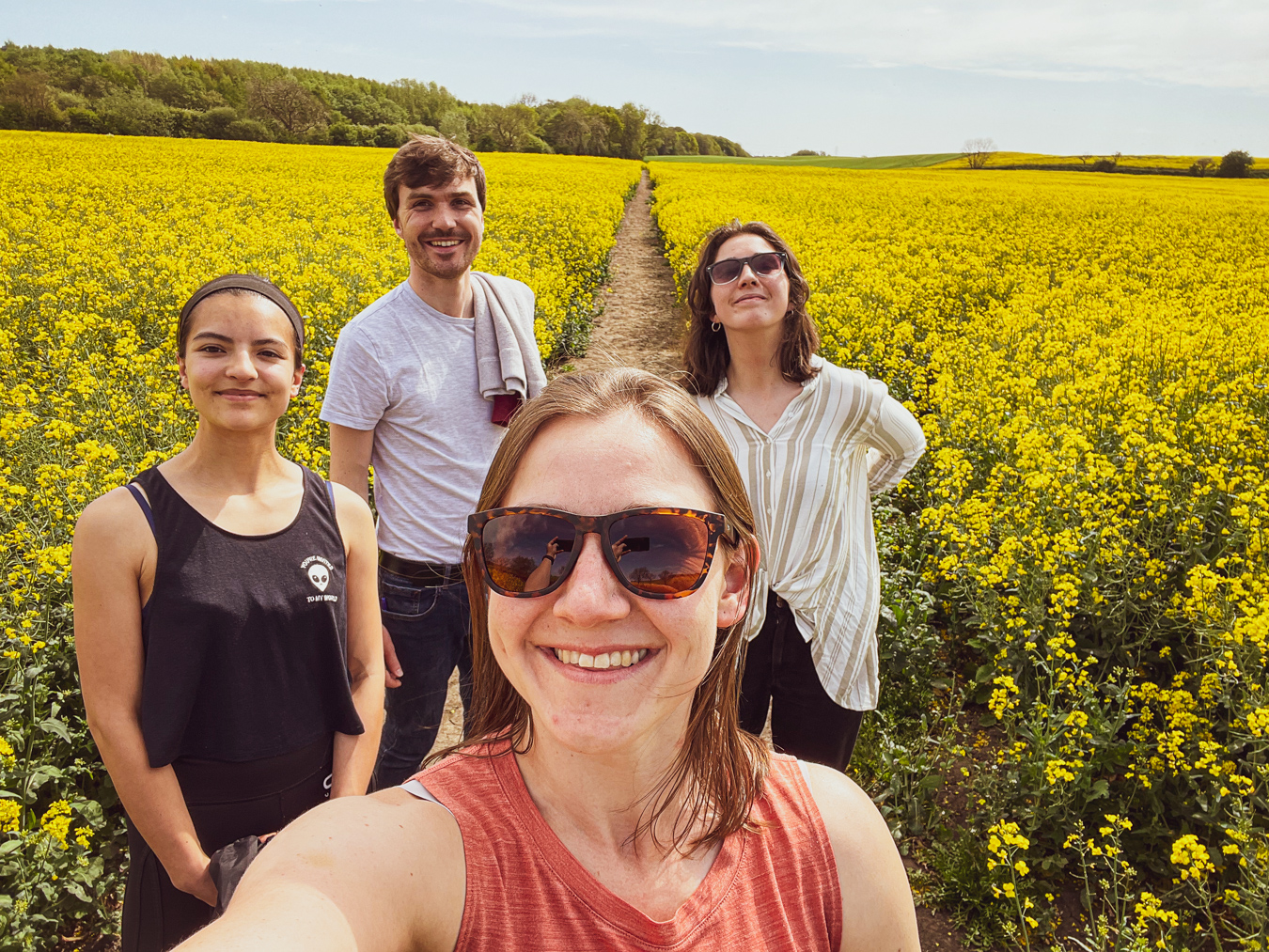 Building a community even in a place you’ve lived for years can be a challenge. Trying to find it in a completely new place can be even more daunting, but it can also be an incredible opportunity.

Different countries, accents, customs, weather, geography, people — all sorts. From a village of 500 people to a city network with over 7 million. At the same time, there’s a lot of similarities: the way it feels moving somewhere new, the loneliness of not knowing people to eat junk food with at 10 pm on a Tuesday, the ‘get to know you’ questions, and the communities — if you know where to look.

My Experience Moving to Darlington, England

When I jumped into this most recent move to Darlington, I went into it saying, “I know how to find my community and make friends, I’ll do it like *snaps fingers* that.” Three months in, I wasn’t quite there yet. I’d met some people, I had a few friends around, I had some regular activities, but it was hard. There were times it felt like I was treading water in the middle of the sea. There was life raft was visible, but I had to swim a little further than I felt I could to get to it. Just that little extra bit out of my comfort zone.

Now, seven months in, needing more support than I’ve ever needed in my adult life, I had a community available to provide that support. The life rafts I’d been putting effort into collecting were all there. Now, having to leave once more, I’m realizing I’m leaving a full community of people who I care for and who care for me. Just under seven months was what it took for me to turn a new place into somewhere that felt like home when I left.

I’m incredibly grateful to those I’ve met who’ve invited me into their lives. None of it would have been possible without people willing to open their hearts to connecting with outsiders. But I also have to recognize that I did this too. It took effort and openness on my part. And it wasn’t just a chance of luck — I had a formula that I diligently followed.

After watching it work over the past seven months and hearing different people talk about the challenge of finding people in a new place, I want to share my formula with you. So these are the steps and pathways I used.

5 Tips for How to Build Community in a New Place

Specifically for me, a climbing gym. One of the biggest things that most of my strategies rely on: actively do the things you enjoy doing and find places where others do those things too.

However, lacking a specific hobby, a gym is still there. Because even if you don’t meet someone who has similar interests right away, you’re still moving your body and taking care of your physical self.

For me, climbing is where I feel confident and gives me the opening to talk to people. At the same time, even if I don’t meet people, I’m still enjoying myself. Plus, going to a gym or bouldering wall by yourself is common — you won’t be out of place lifting weights or trying climbs without a friend.

Bonus points for gyms that have regular classes or events you can join and meet people through. (This is my favorite, most reliable way!)

In Darlington, I joined a weekly dance class. While yes, learning new moves is always fun with dancing, I mostly wanted to meet other dancers and find the local dance spots.

Dancing can be a hard one because it requires a partner. In some places, it’s the norm to show up alone and dance with everyone. In others, everyone comes in couples and coming alone means a lot of solo dancing or sitting (which can just amplify the lonely). Swing dancing is usually a good option where coming alone is accepted, though for Darlington, it was a bit more couple-y than others I’ve been to.

That being said, it is one of those “big risk, big reward” sort of activities. If you show up to an event or class alone not knowing what the vibes will be like and expecting to do an activity that requires another person, you need to be ready for the fact that there may be awkward moments. At the end, the outing might still not have felt worth it.

That being said, you’ll almost definitely end up meeting and talking with people and if the vibes are good, you may find a community you can join.

In the first few weeks of moving to Darlington, I joined NextDoor (a neighborhood network) and several different UK-based outdoorsy Facebook groups. If there’s something you enjoy, I can almost guarantee there’s a Facebook group for it. Even just a geographic-based Facebook group may work.

Here’s the catch: joining and lurking for ages won’t get you anywhere. The scary part is you actually have to post or comment in the group.

Fun story: I made a post on NextDoor about wanting to walk people’s dogs because I wanted to hang out with dogs. I got quite a few different responses then panicked realizing I was essentially trying to meet up with strangers so I could meet their dog and wasn’t that just the oldest “stranger danger” trick in the book? I ended up deleting the post and ghosting several people who had responded. Oops.

However! Before I deleted it, I did respond to one person who said they had two dogs they’d be happy to let me walk and offered to meet up at a nearby park. I almost backed out, but then they sent me a picture of the dogs and I was hooked. I ended up regularly going running with dog owner and her dogs and we became good friends!

Real talk: when you’re first meeting new people (from all the above activities you’re doing), you’re not going to be top of mind for people to invite to things. It’s not that they don’t want you to come (at least, in my experience I don’t think it is), it’s just that they already have other friends around they’d think to invite first.

If you’re the one making the plans and inviting people, you get to call the shots and have more time to get to know people. Bonus: you’ll likely end up on their list as someone they should invite to future things.

5. Give People a Chance to Show Up

When shit hit the fan for me, it may have felt more comfortable to hold things in and say I had no support. However, at that point, I did have some friends here and in being honest with what I was going through, I got the opportunity to be cared for. To feel part of a community and have the connection of support rather than holding it all myself.

Asking and communicating what’s going on is a vulnerable place to be, but if people don’t know you could use a little extra love, they won’t be able to give it even if they’d want to. I didn’t come in expecting much. It could have been that the support wasn’t there and that would have been okay. In reality, what I got back was a resounding feeling of belonging, love, and support.

I’m heartbroken to be moving away from these people, but I also know those friendships aren’t lost. I’ll stay connected at least to some extent and every bit of that connection is and has been worth it.