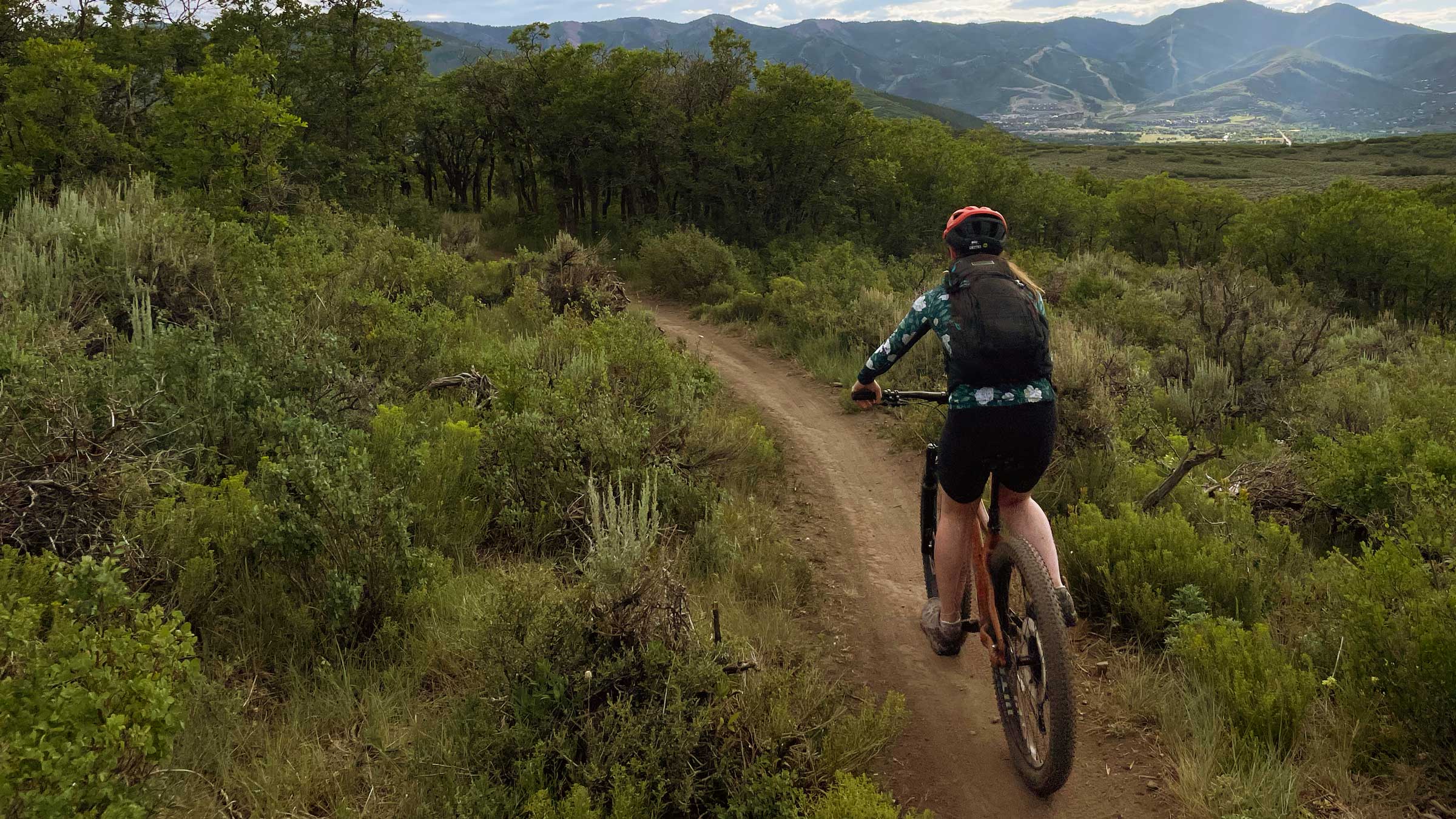 This summer, one of the more memorable things I did was fall off a mountain bike in Park City. My bike’s brakes were too stiff for my little hands to clamp down on and control the bike so I was either going too fast or out of control. On a harder part of the single track, I was going too fast and my front tire skidded off the trail, sending me hip-first back onto the rocky trail.

There were tears. Maybe a bit of hyperventilation. I got covered in dirt. And I got a bruise on my butt that looked like a donkey (an ass on an ass — seems fitting right?).

I did get back on the bike and finish up the ride after some bike swaps and a very patient and caring friend, but this post isn’t about the mentality of “push through! In order to learn, you must MASTER fear!” *Inaudible masculine bellowing*

Because here’s the thing: I did finish up the ride and get back to the car, but the entire rest of the ride I was on high alert. I was recovering from adrenaline overload and just focusing on how to get down the trail without falling again. I wasn’t really enjoying myself. And I finished the ride telling my friend “you know, that was fine in the end and all, but I just don’t think mountain biking is for me.”

I Went into My Panic Zone

My friend later explained that on that ride I’d “red lined” or went into my “red zone” or “panic zone.”

What Is The Panic Zone?

Alright, here’s where I started learning new things: the panic zone is when you fly way too far out of your comfort zone to the point where it’s just PANIC. It’s when you’re overly stressed, tired, scared, frustrated, and generally not having a good time.

Basically, your brain shuts down the learning center and just wants to survive. Whatever you’re doing is too challenging, too scary, or too uncomfortable for you. That’s where I went on this bike ride (and where I’ve been on earlier mountain bike rides).

So on this ride, I wasn’t really learning to push my comfort zone in a good way — I was still thoroughly uncomfortable on the mountain bike trails. If anything, I was even more uncomfortable.

Now queue my inability to accurately remember uncomfortable experiences in the outdoors… Two weeks later I’m suggesting to that same friend, “hey, maybe if I rent a good bike, we could try mountain biking again?”

Round 2: Finding the Learning Zone

Round two, we went to the same place, but this time I rented a nice mountain bike from REI with good brakes, big tires, a drop seat, and lots of control. The nicer bike made a HUGE difference in feeling more in control, but I was still pretty nervous from the last round.

So instead of charging straight up the climb for singletrack, my friend had me choose where we went and we puttered around on relatively flat and wide gravel trails for the first 20-30 minutes. We went down little hills, practiced slowing down, making turns, and stopping quickly.

I wasn’t comfortable, but I could easily talk about what made me uncomfortable (“I still felt a little out of control on that hill”) and find ways to make that easier (“use your brakes more,” “lean back and be above your seat”). We did that until I was starting to test more of what I could do on the gravel and felt ready to start climbing up the trail.

Getting Back on the Single Track

This time, when we were on the trail, I didn’t feel like I was going to fall on every bump. And it actually felt like I was getting better. Can you tell I was proud of myself?

We went on the same route I had fallen on (Down Dog – it’s apparently the easiest single track route in Park City), but in the area I fell, we got off the bikes and walked down. And guess what?

It didn’t ruin the experience! That part still scared me and since I was already out of my comfort zone, we decided not to push it any further. Then we got back on after that part and made it the rest of the way down fall-free! (My first mountain biking experience without a fall!)

And the icing on the cake: towards the end of the ride, I managed to last-minute swerve out of the way of a snake in the trail (without falling or hitting the snake). When we stopped on the side of the trail to look, the snake was in the middle of trying to eat a little chipmunk. We were able to stop a few other riders coming down before they hit the snake, then my friend used a stick to move the snake out of the trail. In the process though, the snake lost the chipmunk.

The other riders were happy we saved a chipmunk. My friend and I felt bad for the snake because even though we saved it from bike-related-death, losing that meal may have killed the snake anyway. Hopefully the snake found dinner elsewhere.

Lesson: Learning Something New Can Also Require Taking a Step Back

SO. All this to say: you don’t have to push yourself to the limit to learn new things. In fact, especially with outdoor adventures, it’s maybe better to not always hit that limit and just slowly work on widening your learning zone over time.

Will I go mountain biking again? I sure hope so!