How to Adjust to the Sound of the City 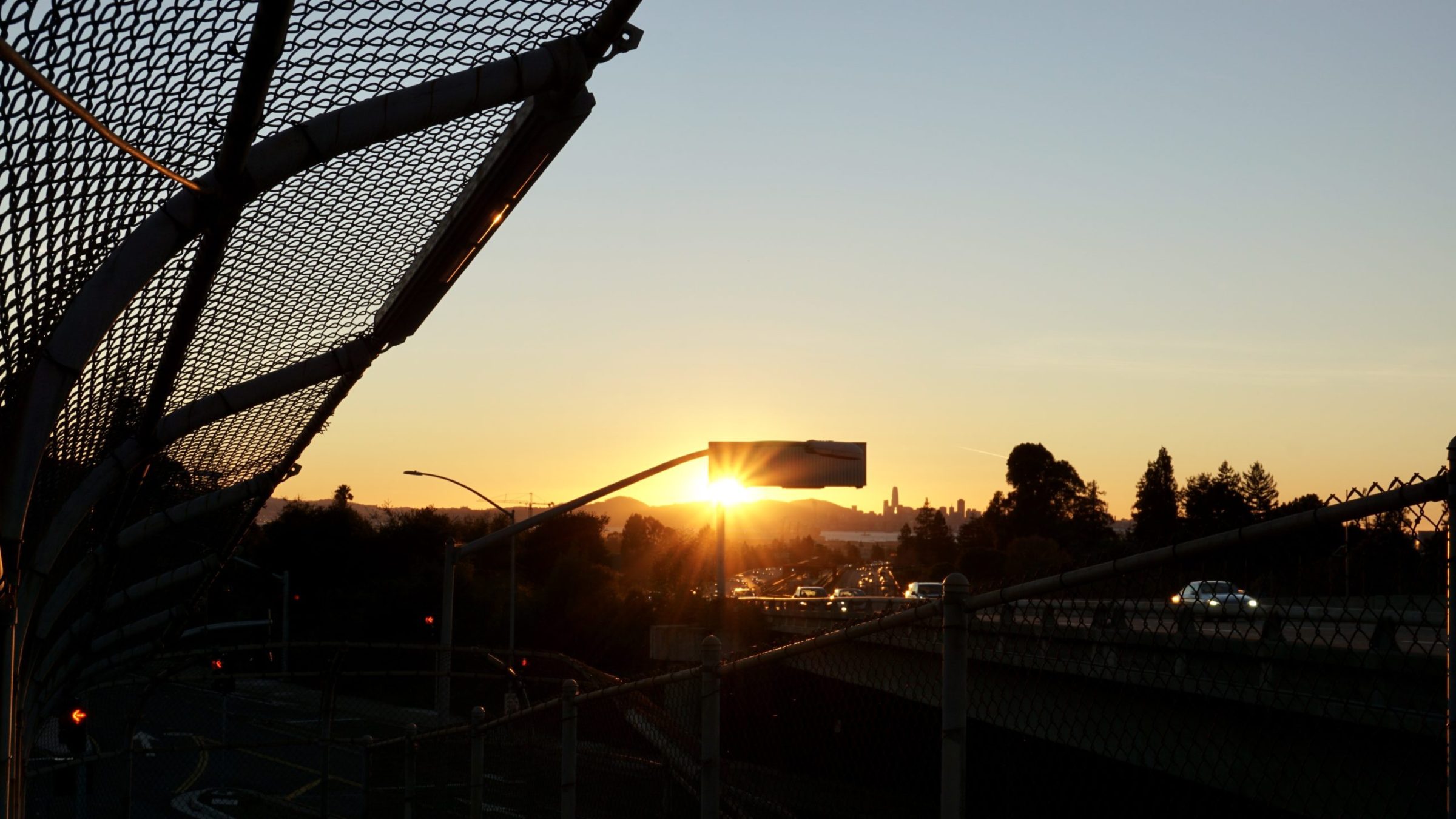 No, I don’t just mean getting used to the idea of cities – I mean, literally adjusting to the constant noise in the city. I came back to Oakland, CA at the beginning of this month from living in the countryside (the North York Moors to be precise) for three months. There, the most day-to-day noise we got was the occasional nearby airbase fly-by (to be fair, those WERE loud), cows moo-ing, or people mowing the grass. Sounds great, right? (Get it, sound because noise and sounds? Sorry.)

Living next to the freeway in Oakland on the other hand, there’s the constant car and truck noise, the street cleaners at night, the occasional police siren or car alarm, the BART, random fireworks, the list goes on. I’ve lived in Oakland most of my life and before now, I’ve never really even noticed the noise – it was just like constant white noise I didn’t think about. When I was coming back, the idea of having to adjust to more noise barely crossed my mind.

Now, it’s hard to get it out of my head. But enough with the complaining. Obviously this is very much a “first-world problem,” and in the grand scheme of things, really not that big of a deal. But it’s amazing how much effect noise has on general well-being. Instead, here are some ways I’ve been managing my extra noise sensitivity these days.

When the street cleaners are rumbling along until 10:30 PM or when the stupidly loud truck or motorcycle engines are still going at 1 AM, earplugs have become my best friend. They don’t block out everything, but it’s enough to make it less distracting.

I also have a bit of tinnitus which gets worse with earplugs though, so that’s been a fun discovery. To help with this problem, I’ll often use my AfterShokz Air Headphones with the earplugs to listen to something else and distract myself.

As I just mentioned, I’ll often use my AfterShoks to play white noise or instrumental noise to keep my hearing occupied from concentrating on either the tinnitus or the freeway.

Most recently, some of my favorite white noise playlists have been on Youtube like this rainy night coffee shop and jazz atmosphere and the Pomodoro technique to Hogwarts ASMR. The nice thing about white noise is it adds a peaceful feeling (I especially love the sound of rain) when the sound of cars just won’t do it for me.

Along similar lines as white noise, I’ve also found music helpful with covering up noise (duh). When I’m reading or writing, I tend to go with either white noise or wordless music like jazz or classical, but if I’m doing admin or website work, I’m a fan of some relaxed folk music.

I used to use Spotify most of the time, until I discovered Youtube videos that are live jazz or eight hours of jazz or three hours of “warm & cozy folk/acoustic/chill” songs. They have way fewer ads now that Spotify’s free version seems to have an ad every other song. Youtube still has some ads, but I have to admit – they are much less annoying.

At this point, you may be seeing a theme here. Pretty much, my strategy has been to bombard my ears with other noises of my choosing to block out the city noise. If I’m going running or doing basic chores, podcasts have been my go-to.

A few podcasts I’ve been listening to recently:

Even a quick getaway for a few hours can make a huge difference, and it makes me really appreciate that silence. Since I am in the Bay Area, there aren’t too many places that are entirely free of civilization noise, but even parts of the Oakland hills or nearby Lake Temescal is slightly quieter.

I haven’t tried too many places yet, but maybe at some point I’ll look into finding the quietest parks in the Bay Area.

Have you had any success in dealing with noise pollution? Any raving recommendations for good noise-canceling headphones? Let me know in the comments below!