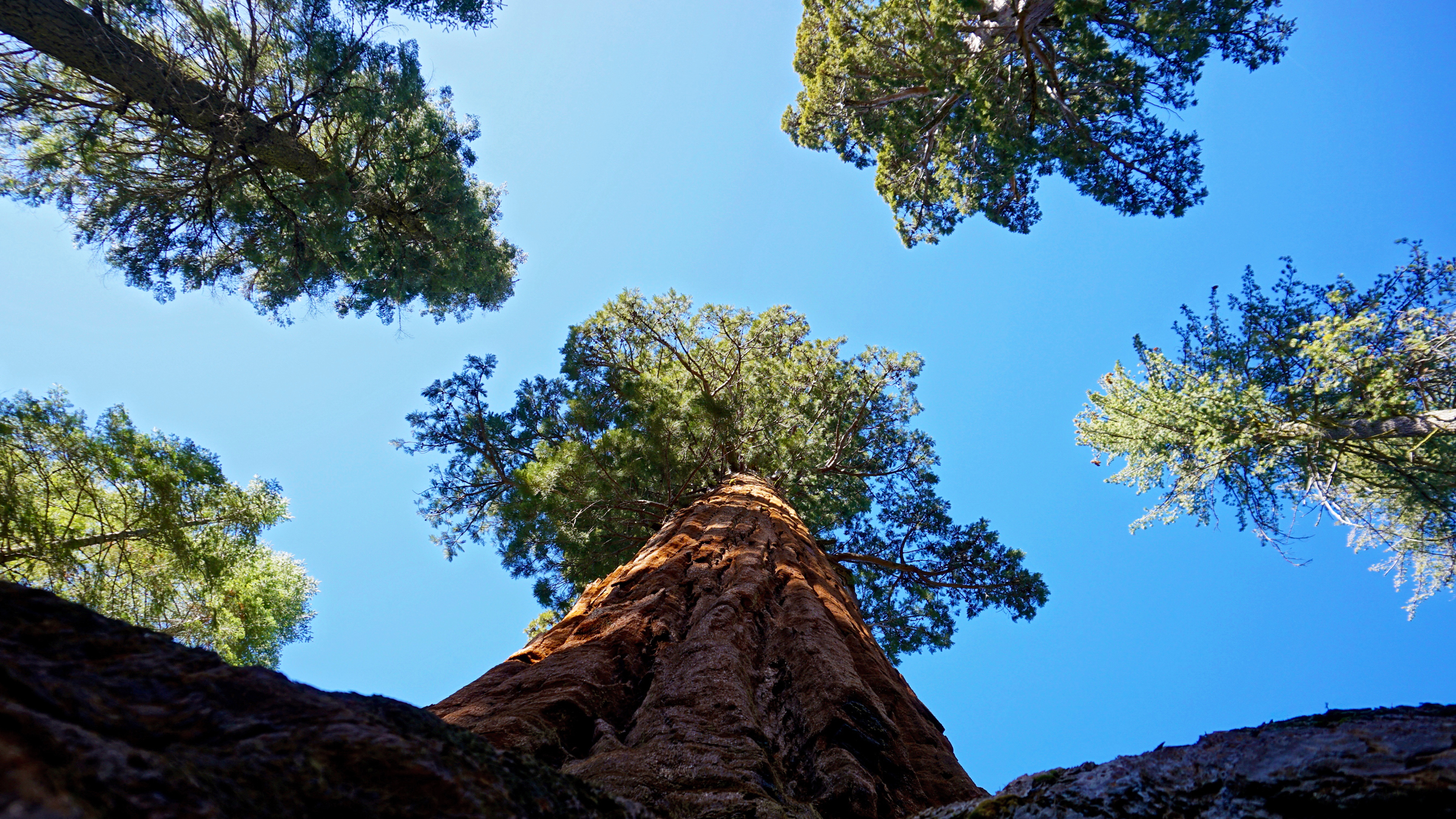 Yosemite has so many incredible aspects it’s hard to choose just a few things to see. However, if you only have two or three days in this place, I can guarantee you’re not going to see everything. In February, I spent two days (one night) in Yosemite with my sister. It was amazing, but of course, we couldn’t do everything. Our first day, we went into the valley to see the classics — El Capitan, Yosemite Falls, and Half Dome. Basically the day you expect to have in Yosemite: waterfalls, gorgeous views, and so much incredible rock. I wasn’t totally expecting the second day though. On day two we went to Mariposa Grove and saw incredible giant Sequoias.

I knew giant sequoias were massive, but it’s a completely different thing in person. You stand next to one and realize if you want a photo with the whole tree, you’re going to be a small spot in the picture. If you want a close up photo, you’re only going to get a fraction of the tree in the picture.

As the title says (well, in pun-form), here are three giant trees that we saw.

I don’t think this one has a name, but if you’re walking along the road, this tree pops up just before you get to the end of the road (and start of the trails). The cool thing about this giant is you can go right up to it and really feel how monumentally huge the thing is. That being said, it’s not as monitored as the other bigger name trees, so be gentle with it. These trees are not meant to endure millions of people climbing on their roots and carving into their trunks. Admittedly, I did climb on the roots a little and I shouldn’t have considering the amount of people who visit these sites.

The name speaks for itself. This tree is breathtakingly massive.

Again, as the name suggests, you can literally walk through the tree. This sequoia is so big, people were able to carve a tunnel through the base. Since we were there during the off season, there weren’t too many people, but I could imagine this would be one of those places that gets swarmed for photos in the spring and summer. This tree also shows the human impact on these giants. Early promoters carved out this tunnel in 1895 as a novelty for stagecoach riders. It brings up the question of how far people should really go to promote tourism.

A Note On Logistics

If you’re down for a long walk, I would highly recommend visiting this area in the winter because as I said before, you don’t get all the crowds. The catch: the road leading right up to all the redwoods closes for the winter, so you have to walk the two miles there and back (four miles total). Then, from the end of the road to the tunnel tree is approximately 0.6 miles total, so you’ll be walking a minimum of five miles. I think you could probably bring bikes and cycle the two miles, but I don’t know that for sure. When we visited, there was no snow, but there often is in the winter, so that would not work for cyclers, but would allow for snowshoers or cross country skiers.

Because of the current epidemic situation, Yosemite has closed for the time being. DON’T GO VISIT RIGHT NOW. If you still want a little taste of Yosemite, you can see it virtually through this Virtual Yosemite site.

One thought on “Tree Giant Sequoias To See In Yosemite”