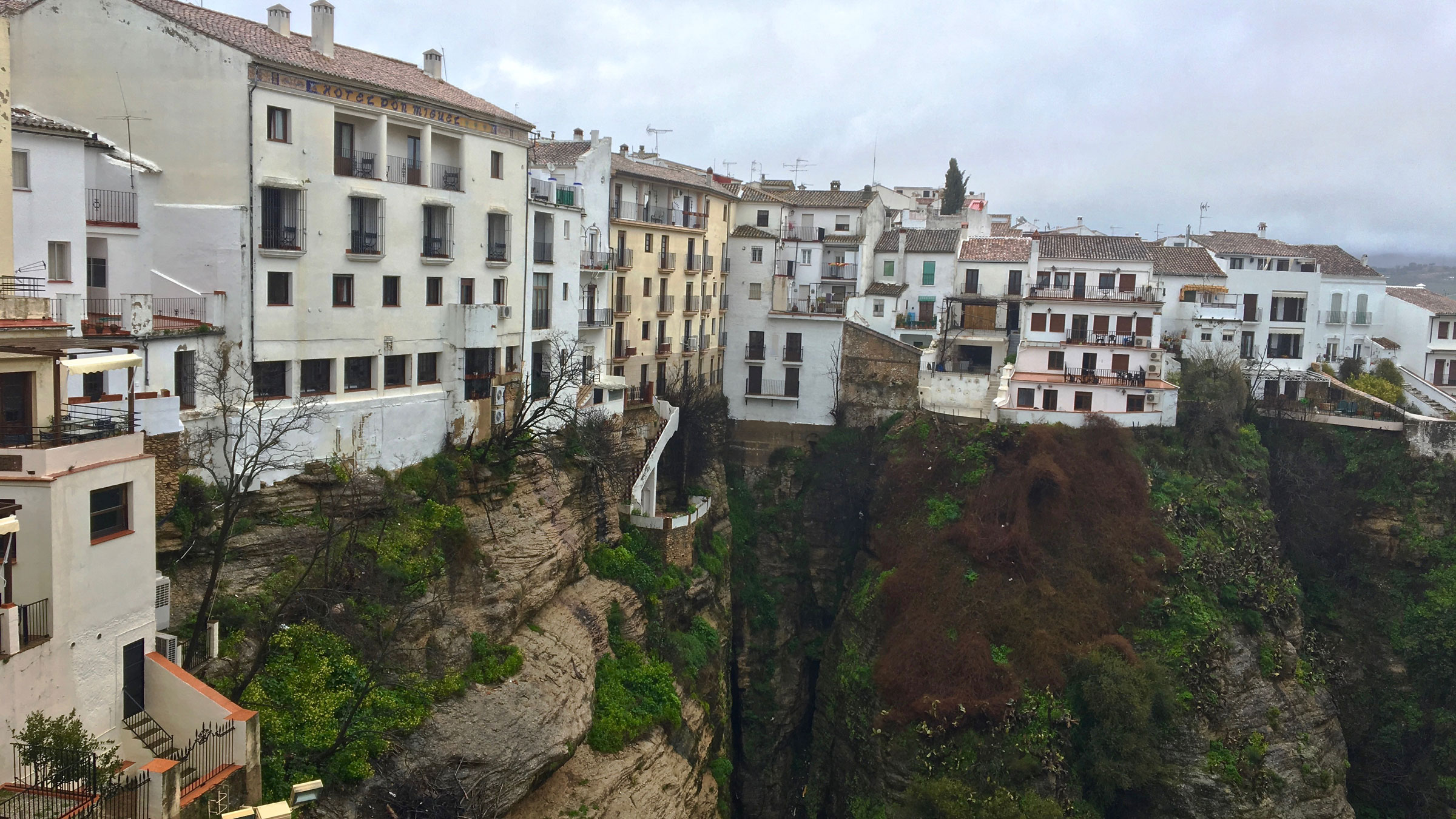 This event was how my list of dumb shit I’ve done began in the first place. Good times… Or in this case, incredibly stressful and stupid times.

Before you board a plane, read the plane ticket. Just do it. Even if the text is crazy small and upside down.

Lumbering down the corridor in the Edinburgh airport at 6:15 am I sorely regretted not fully reading my plane ticket (dumb move #1). I was a mess. My shoes were untied, belt was half on, and I was sweating like a beer-bellied man trying to run in the summer. I had a pack on my back and front and both were swinging and bumping against me as I “ran”. I had run all the way back to check-in, gotten the stupid blue verified stamp on my boarding pass, and gone back through security all because the woman at the boarding gate wouldn’t let me on the plane without that stamp. The gate was at the end of this corridor.

I turned the last corner and Cam was walking towards me carrying his two packs. He shook his head. I collapsed against the wall letting my bags slip down. The tears I’d been forcing back (it hadn’t been a disaster yet) came down full force (it was now a disaster). I was in full toddler tantrum mode in the middle of an airport hallway. Probably not my best moment. I later realized if I had known Cam was going to wait for me regardless, I could have left my bags with him and run through without them (dumb move #2).

Lumbering down the corridor in the Edinburgh airport at 6:15 am I sorely regretted not fully reading my plane ticket (dumb move #1).

When Cam got to me, I wiped my cheeks and stared up at him. His shoulders hunched as he looked at me. He had bags under his eyes. His brown curly hair frizzed like he’d just gotten out of bed, but I knew he hadn’t slept at all that night. “Have they closed the gate?” I asked. I guessed the answer, but couldn’t help hoping.

“Yeah,” Cam said. “Riccardo and I tried to stop them as long as we could, but they weren’t having any of it.” Cam shook his head. “We can try to go back though.”

I got up, trying to put myself back together, and we walked back to gate 21. Just the one woman who sent me off in the first place was at the counter. The doors behind her were shut. She looked up with a completely straight face. “We’ve already shut the gates, there is absolutely no entry.”

“Is there not anything you can do?” Cam asked. “If not you, then could we maybe speak to your manager and maybe they can do something?”

I later realized if I had known Cam was going to wait for me regardless, I could have left my bags with him and run through without them (dumb move #2).

“No. I am the floor supervisor and even if there was something I could do, the plane as already left. You’ll have to go to the ticket desk and try to get on the next flight to Malaga.”

She was in no mood for trying to help. I assumed she was at the end of working the nightshift so she was just tired and done with people; especially dumb Americans who can’t read their boarding pass. I didn’t blame her. I picked up my things, tears blurring my vision, and started walking away. Cam followed.

Turned out the next flight from Edinburgh to Malaga was in two days, but we were able to get a flight from Glasgow to Madrid for the next morning without having to buy new tickets. We got a bus to Glasgow, I speed booked a “Wee Bungalow” on AirBnB for the night, and we camped out in Strathclyde’s student union until 2 pm when we could check in. I had wanted to visit Glasgow at some point anyway. Preferably when I had actually planned to go to Glasgow, but beggars can’t be choosers.

For dinner, we went to a restaurant our AirBnB host, Francis, recommended called Piccolo Mondo. She’d never been there, but it was apparently ‘where the young people liked to eat.’ It looked like a mix between a romantic Italian restaurant, a sports pub, and a club. The red carpet and candles said restaurant, the massive TVs playing football said sports pub, and the loud electronic music said club.

“How much you wanna bet Francis recommended this place for the steaks because I’m American?”

“Oh, I’m sure that’s why she recommended it. All you Americans are the same, aren’t you? You love your fast food and steaks.” (Francis had recommended McDonnalds and Burger King first.)

When we got our food Cam said, “just think, if you hadn’t missed the flight, we would never have discovered this restaurant.” Cam took a bite of his haggis.

“I know. You should be thanking me, really. Who wants to follow the plans anyway? Gotta keep you on your toes.” I picked at my pasta trying to avoid the onions. “So I listened to this podcast about adventure writing a couple months ago and the guy said every time he’s in some shitty situation, his first thought is, ‘This is going to make such a good story.'”

Cam laughed. “This is definitely quite a story.”

“Exactly! This entire time, I’ve just been thinking, at least I’m getting a good story.”

Cam nodded. “At this point, you probably have enough material for a book.”

“But would you separate them by categories or time?” Cam asked, laughing.

Cam snickered. “Half the travel one would just be on getting to Spain.”

“At this rate, Spain is going to have its own special edition.”

Fast forward to the Madrid airport (I made the flight this time, we don’t have to talk about it anymore). We had two hours to get from the airport to the train station before the last train of the day left. Now, when you have plans to catch a train in a different country, the logical thing would be to buy tickets ahead of time, right? Well, I didn’t (dumb move #3).

When you have plans to catch a train in a different country, the logical thing would be to buy tickets ahead of time, right? Well, I didn’t (dumb move #3).

One wrong bus incident later, and we’d made it to the station 10 minutes before the train would leave. Would have been fine if we already had tickets, but we couldn’t get the ticket machine to work. It only took contactless and my card is not that advanced. (Turns out you can use Apple Pay as contactless to avoid this issue. Dumb move #4.) So, instead of being on the train, we successfully watched the train station’s LED display board change our train’s status from arrived, to departing, to departed.

Apparently the universe had decided we would be renting a car and doing a 7-hour road trip to Ronda instead. The good news: we still got a whole 8 hours in our AirBnB in Ronda, and we were able to drive up the hill to where we were staying in El Chorro for the rest of the week.