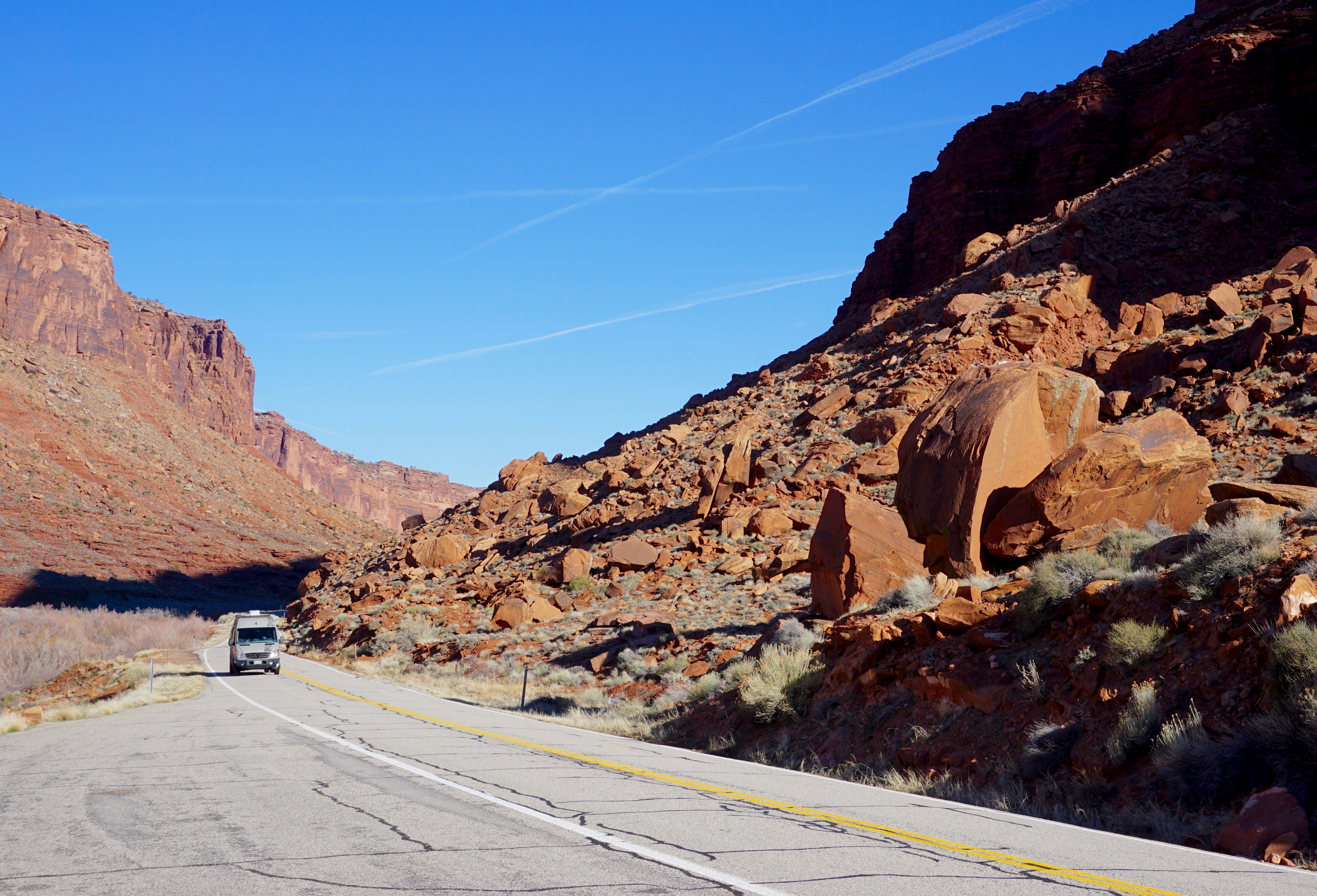 In a good way

I discovered cruise control on this trip and I’m not exaggerating when I say it has done wonders for my driving. Okay, I started driving in July 2018, so I’d probably improve no matter what after doing 3 to 8 hours of driving each day for 6 days, but still.

Starting in Santa Fe, New Mexico, I went up to Denver to pick up a friend who drove to Salt Lake City via Moab with me. Then I had two 6 1/2 hour solo driving days and one slightly lonely night of camping until Oakland, California.

The entire time, three thoughts kept running through my head. One, “where can I be spontaneous and find something I wasn’t looking for?” Two, “where am I sleeping tonight and can it be free?” And three, “where can I find the cheapest gas??” Well, the most spontaneous I got was going to a lunch spot in Reno and ending up with a bowl of rice, sea food, cucumber, sea weed, and mango. I’m not going to say it tasted bad, but I drank a lot of water with it and had to throw away the last bit because I was so full.

Most of the trip, I found free campsites. My friend showed me this website that shows a ton of free campsites around the country (and some in other countries too). A lot of the campsites they show are more for campers or RVs and sometimes just rest stops or parking lots, but there are plenty other gems in there like this one I found near Austin, Nevada.

We found all three campsites we used from that website and they were all A+ (toilets, flat ground, accessible, nice views).

As for cheap gas, the further west I got, the more expensive gas prices got. However, the small towns in Nevada generally had more expensive prices than somewhere like Reno. Google maps also gives a ball park idea of prices and Siri can also tell you average gas prices of different cities (for when you’re driving alone and can’t look at your phone).