The Produce Sold Along Highway One Was Berry Big 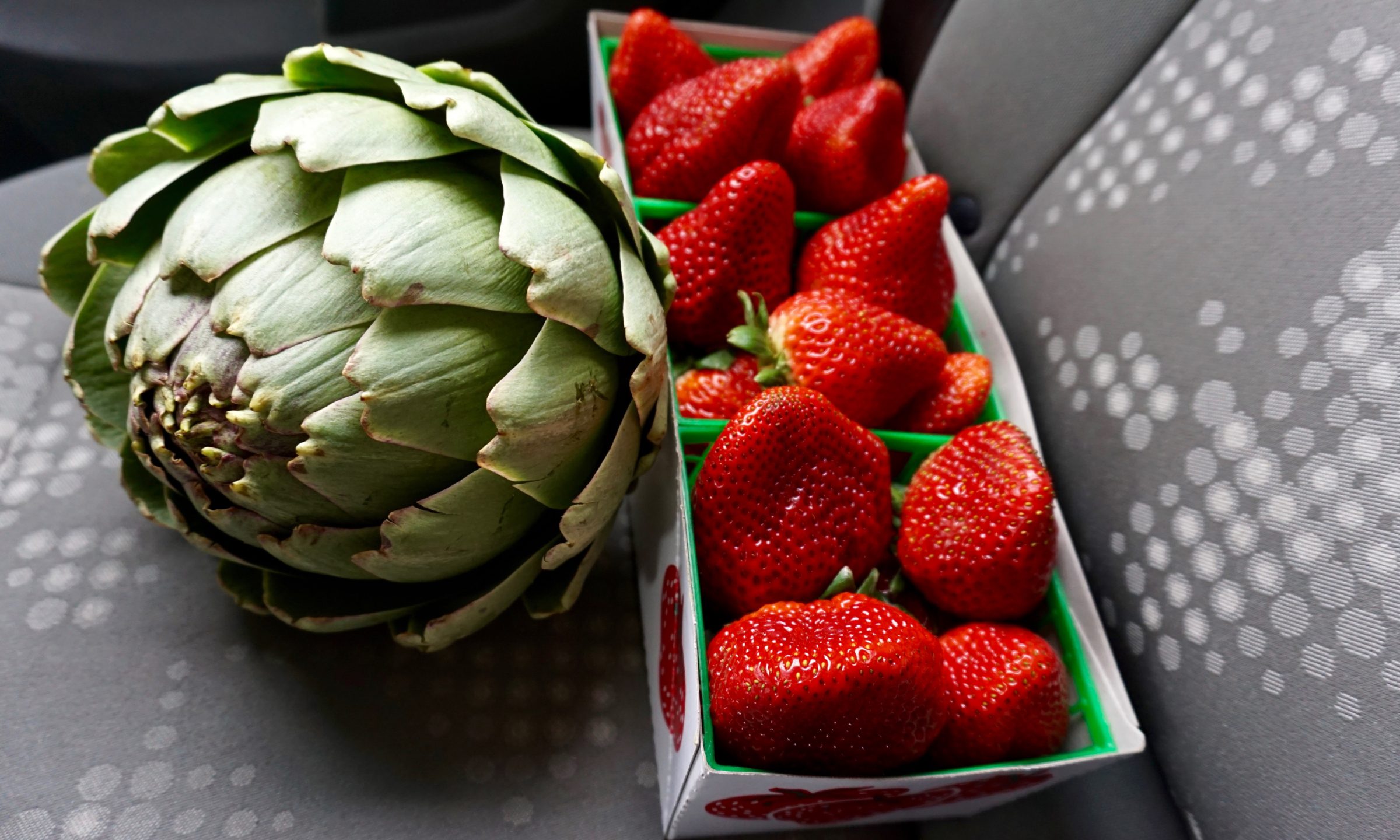 I got artichoked up about it.

If you’ve ever driven along the California coast anywhere between the Bay Area and Monterey, you’ve likely seen the fruit and vegetable stands scattered along the highway. “Sweet Cherries!” “Sour Cherries!” “Avocados 5 for $1!” Signs lining the road encouraging you to stop in for some cheap produce. If you’ve never stopped in at one, (I get it, it’s not your standard Trader Joe’s) you should.

These places have some of the best (and biggest) produce I’ve ever seen. This past weekend, I found artichokes the size of my head and strawberries almost as big as my fist. The best part about these stands is they are going to have local produce.

Given that California grows “over a third of the country’s vegetables and two-thirds of the country’s fruits and nuts“, it shouldn’t be a huge surprise that these stands sell the best. I won’t forego my next Trader Joe’s run, but if I’m already driving along Highway 1, I almost always stop at a stand for a car snack or veggies to cook for dinner.

Of course, the majority of what the stands will be selling will be in season. However, if you want to be extra certain or if you’re on the hunt for the best produce at your local supermarket, check out what’s in season!

In Season Early May

In California, we’re lucky to have a lot of growing time. Especially in May. Some highlights include: apricots, blueberries, cherries, and artichokes.

For the whole list and to find out what’s in season any time of the year or any location in the US, check out this seasonal food guide.