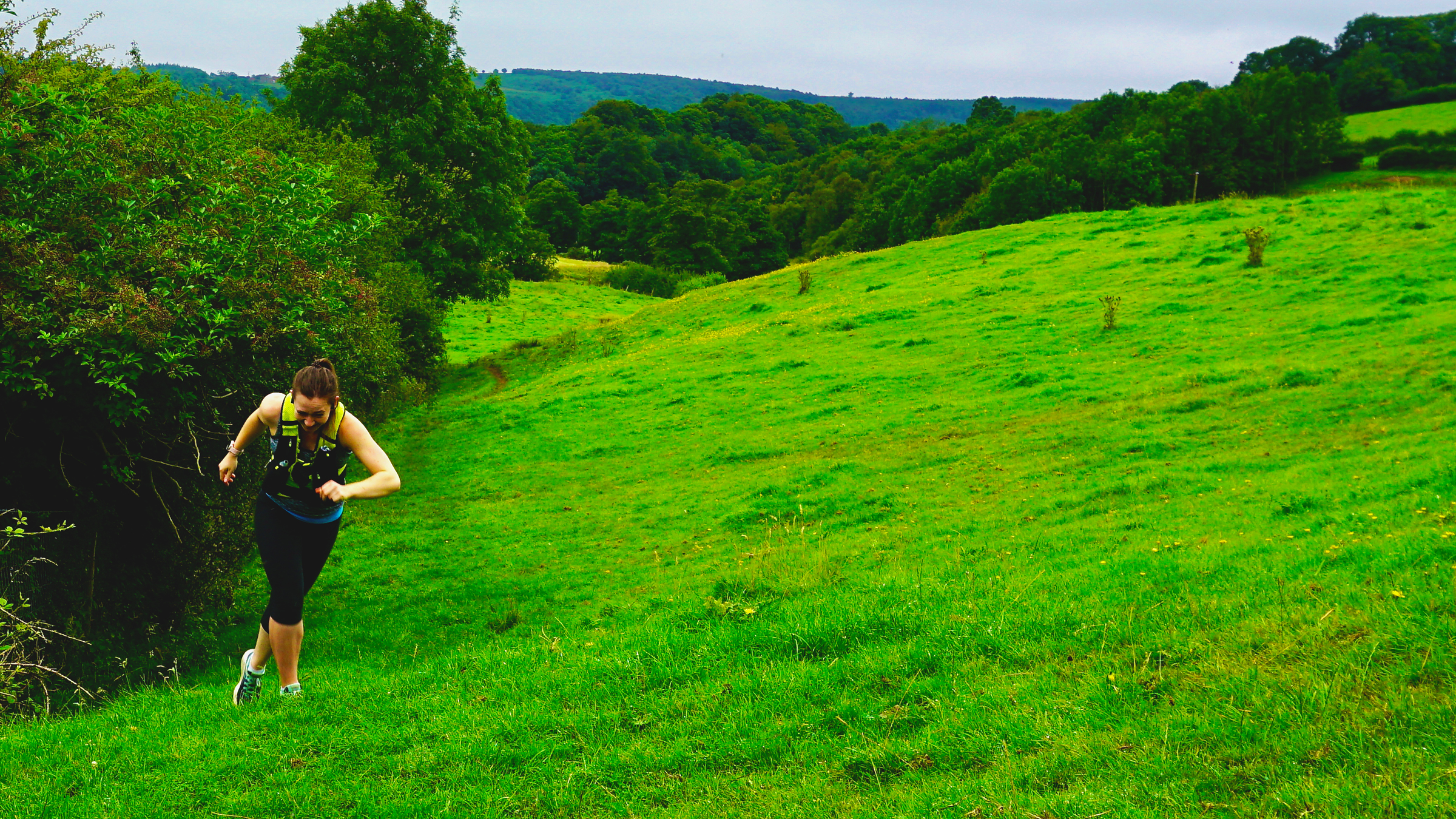 I’ve been trying to keep up my running while here in the moors, but I almost always find reasons to stop and not push myself: I have to take a photo of a beautiful sunset; a sheep’s blocking the path; I accidentally swallowed a fly. Because of that, it’s been a while since I’ve gotten that classic “runner’s high.”

So how do you get into that runner’s flow to just keep going even if there is a perfectly sun-kissed cow in the field next to you begging to be photographed? Do you really need to go fast or is it better to stop and smell the flowers? And how do people actually enjoy running? Let’s explore this!

Jesse Pittsley, Ph.D., President of the American Society for Exercise Physiologists told WebMD, “Psychologically, runners may experience euphoria, a feeling of being invincible, a reduced state of discomfort or pain, and even a loss in sense of time while running.”

Honestly though, I think I’ve felt something along these lines occasionally, but not every time. On a trail run in Redwood Regional park, I was slowly chugging my way up a hill and I realized I wasn’t really out of breath and I wasn’t itchy. (I have an allergy that makes me itchy when I run if I don’t take an antihistamine, but that’s a story for a different blog post.) It was like, “Wow! THIS must be what it feels like to be a runner! I could do this for ages, look at me go!”

In reality, I was probably clocking a 13-minute mile and just barely a step above speed walking, but that’s not the point. The point is I wasn’t stopping and it was AMAZING!

There’s been a lot of speculation on this one. You’ll have articles tell you all different answers from the classic endorphin rush to endocannabinoids to body temperature, but I think the big take away is that we don’t fully know yet. It’s probably a mix of everything.

People think why we get it is largely an evolutionary advantage. In pre-historic times humans’ livelihood would likely depend on being able to run to catch food and escape predators. So, having brain triggers that act as natural painkillers and make you enjoy running would be a huge advantage.

How Can You Trigger Runner’s High?

The big question here, really. I’ve read mixed reports on an exact formula for this, but generally, it comes from a sustained, rhythmic type of exercise for a long duration. How long, long is though, could be anywhere from 30 minutes to 2 hours.

To dial in that runner’s high, work on running regularly at a pace that’s challenging, but doesn’t make you feel like you’re dying. Find a sweet spot between “I’m not trying at all” and “everything hurts.” Most of the time I tend to hit the “everything hurts” mark before I hit the high, so that’s what I’m working on.

Have you had any success with getting a runner’s high? Give your tips in the comments!